University of Brescia includes four faculties: Economics, Law, Engineering, and Medicine. The conference will take place in the Faculty of Economics, and precisely in San Faustino, a complex originally built in the 9th century. Most of the complex dates back from the 16th century and was part of a Benedictine convent. During the Napoleonic times, the religious community was suppressed whilst the convent was confiscated and used as barracks. The military use of the complex continued until the 1980s, after which it became the property of the University of Brescia. The damages of nearly 200 years of army exploitation were finally restored. Now, the San Faustino complex hosts part of the Faculty of Economics. 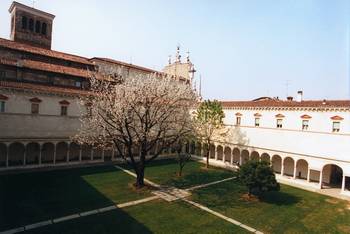 The complex is built around three courtyards. The first one, named "della campanella", was the former convent main entrance. The major cloister, a square with a 35 m side bordered by an open gallery, was built in 1534 by Andrea Moroni, which is especially known because of its important architectural work in Padua. The third one had more practical uses: it was formerly surrounded by stables, workshops and warehouses. The restoration, ended by 1997, made all the buildings suitable for academic use. Some rooms still have the old frescoes, including paintings by Gian Domenico Tiepolo. The two major ones are the "Aula magna", the former convent refectory, and the "Sala della biblioteca", the former convent library. The main gallery, a 90 m long room closed at both ends by monumentally mullioned windows, is the most impressive architecture of the complex. 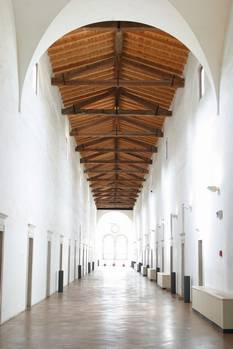 The conference will take place in the "Sala della biblioteca", in the "Aula Magna", and in other smaller rooms, all equipped with laptop, LCD-projectors and standard presentation facilities. Some rooms with Internet connections will be available. 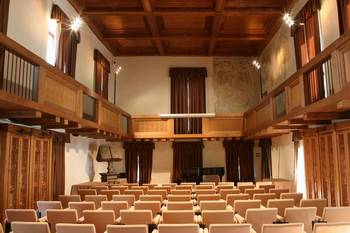 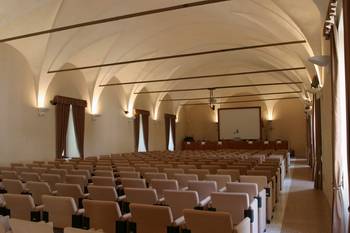 How to reach the conference venue 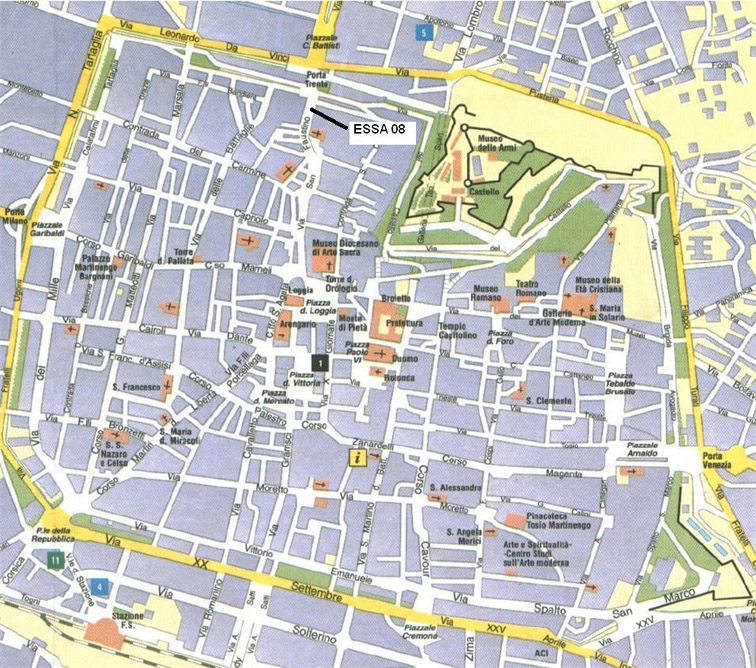